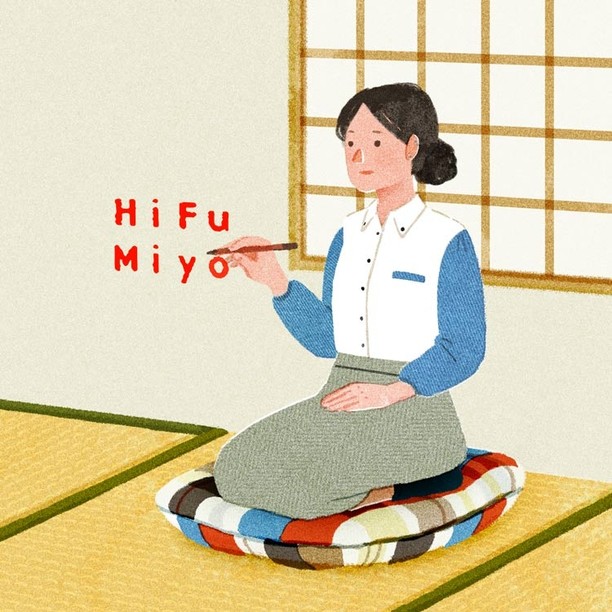 HifuMiyo is a Japanese illustrator based in France.

After graduating from the Kyoto City University of Arts, specializing in screen printing, she moved to France in 2010.
She began working as a graphic designer and since 2014 she has fully devoted herself to illustrations. Her life in France has inspired her to start her first personal project «France 365» a series of illustrations depicting the atmosphere of everyday life,
away from cliches, from her pure and honest point of view as a Japanese artist.

The bright printing illustrations evoke a warm feel whilst maintaining softness and elegance.